The Python version of the Atlas toolkit comes now with examples dealing with the GPIOs of the Raspberry Pi (and ODROID-C2).

There are plenty of kits which make use of the GPIOs of the Raspberry Pi, but there is no easy way to directly interact with them, in order to control the devices attached to this GPIOs.

With the Atlas toolkit, you can control the GPIOs of the Raspberry Pi (or other SBC like the ODROID-C2) directly from your smartphone, or more generally from any device with a modern web browser connected to internet.

As Python is the most used language on the Raspberry Pi, the Python version of the Atlas toolkit comes now with two examples of applications dealing with the GPIOs.

The first one (called RGB) allows to control the colour of a RGB led, and the second one (called GPIO) gives general control over the GPIOs. Both need the Python version of Wiring Pi (just launch pip install wiringpi if not already installed). To launch one of this application, you just need to launch:

where <name> is RGB or GPIO, and then open the displayed URL in a web browser.

Here is a video about the RGB app: 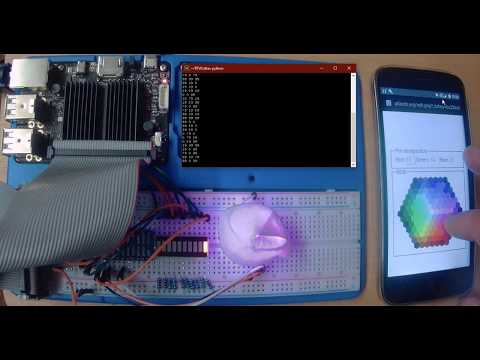 And here is one about the GPIO app: 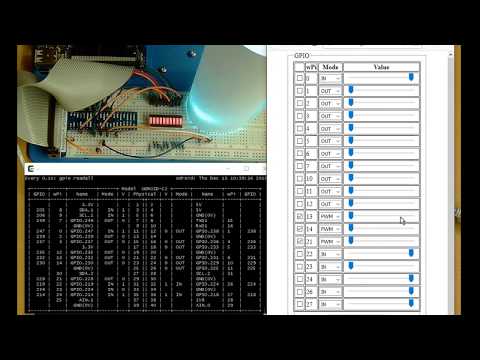 This applications are only examples, to show how easy it is to write such an application, and you can easily write can your. You can also another library instead of WiringPi, like RPi.GPIO, and even use an other language among those available.

Rss feed of the article's comments